The Affordable Housing Need for Veterans is Large

The affordable housing need for veterans is large

Veterans advocates ARE housing advocates.  After having served our country bravely, veterans need access to good affordable housing so that they can thrive in the very neighborhoods they swore to defend.

Rental assistance helps over 340,000 veterans and their families afford housing.  Of those, 52% are seniors, 21% were non-elderly with disabilities, and 121,000 were children of assisted veterans (Center for Budget and Policy Priorities). 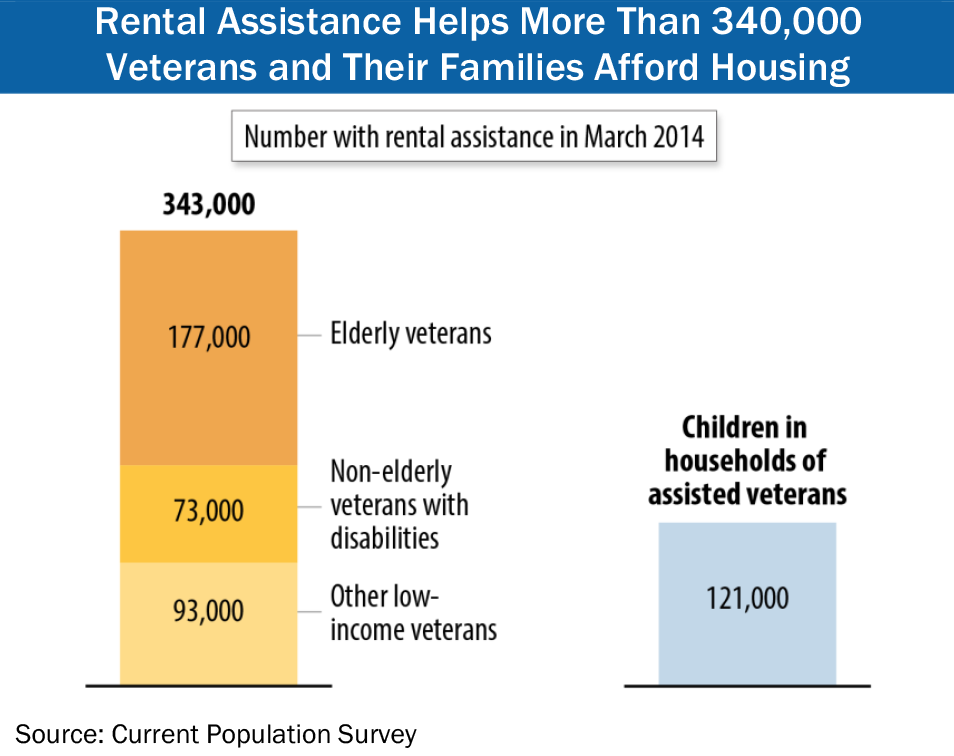 Rental assistance for veterans has proven effective in reducing homelessness, but there remains significant unmet need

“Veterans with psychiatric or substance abuse disorders who received supportive housing vouchers spent less time homeless than similar veterans who received other forms of treatment but did not get these vouchers (Rosenheck et al., 2003).”