Fifty years ago this week the Civil Rights Act of 1968, also known as the Fair Housing Act, became law after passing Congress in the wake of Dr. Martin Luther King, Jr’s assassination. The Fair Housing Act prohibited discrimination in the sale, rental and financing of housing based on race, religion, national origin, or sex. It followed up the landmark Civil Rights Act of 1964 by addressing the persistent and pervasive housing inequality undergirded by federal policy that threatened to derail other efforts towards a more integrated and equal society. As he signed it President Lyndon B. Johnson said, “With this bill, the voice of justice speaks again. It proclaims that fair housing for all – all human beings who live in this country – is now a part of the American way of life.” 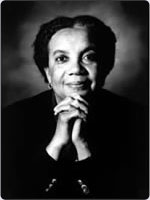 The hope at the time was that the Fair Housing Act signaled the beginning of a new era giving all Americans access to safe, affordable housing. But as with so many of the historic promises during the Civil Rights Movement era, we have made great progress but huge implementation gaps and barriers remain. Fair access to housing for all is far from a reality and many Americans still have no access to decent and safe shelter they can reasonably afford as gentrification floods the land pushing the poor into shelters and the streets. Recently the National Low Income Housing Coalition (NLIHC), an organization dedicated to achieving more just public policy that assures people with the lowest incomes in our nation affordable and decent homes, launched the Opportunity Starts at Home campaign together with partnering organizations to champion federal policies to protect and expand affordable housing today.

The national multi-sector campaign includes organizations addressing poverty, economic equality, civil rights, nutrition, health care, education, mental health, and more that recognize how essential quality affordable housing is to their own goals. The Children’s Defense Fund (CDF) is pleased to be one of its steering committee members. In a 2015 CDF report on the impact of modest improvements in nine existing policies and programs that could help reduce child poverty significantly right now, CDF found increasing housing subsidies for low-income families would have the largest impact. We know having a safe, stable home is a basic need for all children. Homelessness, unstable housing, and the unavailability of affordable housing all have dire consequences. But the critical demand far outweighs the supply for those most in need.

As NLIHC explains: “There are only 35 affordable and available rental homes for every 100 ELI [extremely low income] households nationwide, and no state has an adequate supply of affordable rental housing for the lowest income renters. Just one out of four eligible low income households receives federal housing assistance.” NLIHC research shows 11 million extremely low income renter households spend more than half of their incomes on housing, leaving them with far too little left over to fully cover other necessities, and there are only 12 counties in the entire nation where a full-time worker earning minimum wage can afford a one-bedroom rental home. In many cases the lack of affordable housing drives families into overcrowded rental units with extended family members or into homeless shelters.

Our housing crisis is felt in every state as new families, seniors, people with disabilities, and young adults entering the labor market face great barriers in their search for affordable apartments or homes. The Opportunity Starts at Home campaign’s goals are to “advance federal housing solutions that bridge the growing gap between renter incomes and rising housing costs; provide aid to people experiencing job losses or other economic shocks to avert housing instability or homelessness; expand the affordable housing stock for the lowest income renters; [and] defend existing rental assistance and other targeted housing resources from harmful cuts.” It is clear that such a broad new national movement is desperately needed.  At a time when on any given night more than half a million people are homeless in America, fair housing enforcement is being cut back under Housing and Urban Development Secretary Ben Carson and housing assistance is under attack in the Administration’s budget proposals that included deep funding cuts, harmful rent increases, and arbitrary work requirements increasing the burden of vulnerable people already facing many challenges.

In a recent Child Watch column I cited findings from the University of Chicago’s Chapin Hall Center on Children’s Missed Opportunities: National Estimates report which highlighted results from a national survey on unaccompanied youth homelessness in America. The study, also published in the Journal of Adolescent Health, captures the horrible burdens of youth homelessness, including sleeping on the streets, in shelters, running away, being kicked out, and couch surfing. It showed one in 10 young adults 18-25 years old and at least one in 30 adolescents 13-17 years old experience some form of homelessness unaccompanied by a parent or guardian over the course of a year. This is horrific and demands urgent action. As a nation we are hurting our growing edge and abnegating our responsibility to ensure all young people can reach their full potential and contribute to stronger communities and economies across the country. I can think of nothing worse than having no place to call home.

Another recent survey reports nearly one million American households received eviction judgments in multiple states in 2016. Author Matthew Desmond taught many of us in Evicted the profound repercussions of evictions. Families may lose their benefits when they are sent to an old address, be denied employment, and be required to find new schools for their children and transportation to help them get there.

Healthy child development is linked to safety, nurturance, and predictability in daily routines. Yet too many children are being bounced around from pillar to post jeopardizing their positive cognitive and emotional development during a critical stage of their lives when stability is crucial. Find out how you can become involved in the Opportunity Starts at Home campaign.  It provides many ways you can take action including sharing your own story about how housing needs have affected your family. It also shows you how to contact your Members of Congress to urge their support for stable, safe, affordable housing everyone, especially children, needs.

May 1 – May 8 will be a “Our Homes, Our Voices” National Housing Week of Action, with events across the country including letter-writing campaigns to elected officials, meal- and story-sharing, community discussions, housing site visits, press events, rallies, meetings with elected officials, and nonpartisan voter registration drives. I agree with Doug Rice, senior policy analyst for the Center on Budget and Policy Priorities, a campaign partner, that: “[A] home is much more than just four walls and a roof; it’s the pathway to a healthier, more prosperous, and more secure life, and something that far too many Americans cannot attain.” It’s way, way past time to make that pathway of stability and safety accessible to all of America’s children and families.

Marian Wright Edelman is President of the Children’s Defense Fund whose Leave No Child Behind® mission is to ensure every child a Healthy Start, a Head Start, a Fair Start, a Safe Start and a Moral Start in life and successful passage to adulthood with the help of caring families and communities. For more information go to www.childrensdefense.org.