The Connection Between Housing and Health

Researchers weigh in on the relationships between housing and well-being–and how policies recently introduced in Congress can make a big difference.

When thinking about the multi-dimensional impact of housing on peoples’ lives, several examples may come easily to mind. Where you live affects what jobs are available to you and the length of your commute. In the United States, your neighborhood largely determines where your children go to school. Housing also influences access to amenities like parks and grocery stores, as well as exposure to violence and crime. But one of the domains in which housing makes a tremendous impact is often overlooked: physical and mental health. 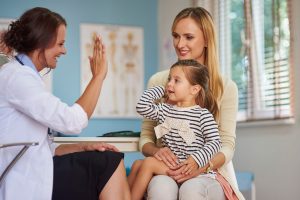 There are two primary ways research has shown that housing challenges can undermine the health of individuals and families. First, living in neighborhoods of concentrated disadvantage has been shown to have deleterious physical and mental effects on adults and children. When families move from high-poverty to low-poverty neighborhoods, their physical and mental health improve (Ludwig et al, 2013) Second, one-time destabilizing events such as evictions can cause negative health consequences, both immediately after the traumatic event and also with persisting impacts months and years into the future (Kimbro & Desmond, 2015, Hatch & Yun 2020).

This summer, two pieces of bipartisan legislation have been introduced in Congress to address the issues of concentrated poverty and needless evictions. The Family Stability and Opportunity Vouchers Act, introduced by Senators Van Hollen (D-MD) and Young (R-IN), would create 500,000 ‘Opportunity Vouchers’ designed to facilitate moves for families with young children from high-poverty to low-poverty neighborhoods. The Eviction Crisis Act, introduced by Senators Bennet (D-CO) and Portman (R-OH), would fund short-term cash assistance programs designed to prevent evictions for low-income households experiencing an economic shock.

While many of the benefits of these bills are obvious–enabling parents to raise their children in low-poverty neighborhoods and preventing eviction are inherently worthwhile ends–the health benefits of each of these bills should not be overlooked. Opportunity Starts at Home recently dug into the connection between health and housing and asked two scholars with research in this area, Dr. Ashley Kranjac (Chapman University) and Dr. Rachel Kimbro (Rice University), for their thoughts on the scope of these issues and the promise of the legislation.

Dr. Ashley Kranjac has contributed to numerous studies linking concentrated poverty and negative health outcomes. One study “indicated that neighborhood disadvantage…had a strong, positive association with the odds of obesity for both boys and girls,” (Kranjac et al, 2021). Another found that obesity moderated the relationship between poverty and academic achievement (Kranjac & Kranjac, 2021). Finally, another study revealed that higher levels of neighborhood concentrated disadvantage and air pollution exposure are associated with greater prevalence of chronic health conditions (Kranjac et al, 2018).

It is well documented that children’s health is embedded within complex familial, social, economic, and environmental contexts that influence the risk of obesity, asthma, and other chronic conditions. It is also well understood that childhood disease is disproportionately associated with low-income populations, who tend to be concentrated in areas of economic and environmental deprivation.

Dr. Kranjac went on to emphasize the connections between her findings and the benefits associated with the Family Stability and Opportunity Vouchers Act.

In my work, I identified the associations, and relative contributions, of concentrated disadvantage on many acute and chronic health outcomes. As such, I have no doubt that the passage of the Family Stability and Opportunity Vouchers Act will make substantial improvements not only to children’s mental and physical health, but ultimately to their life outcomes.

Dr. Rachel Kimbro has also contributed to numerous studies linking housing and health. Of most relevance to the Eviction Crisis Act is a 2015 study co-authored by Matthew Desmond that analyzed the effects of evictions of mothers and their children. The study found that “compared to matched mothers who were not evicted, mothers who were evicted in the previous year experienced more material hardship, were more likely to suffer from depression, reported worse health for themselves and their children, and reported more parenting stress,” (Kimbro & Desmond, 2015).

When asked about the connection between housing and health in the context of an eviction, Dr Kimbro noted the importance of housing (and therefore, the damaging consequences of an eviction) to all facets of life.

Housing and health are intricately linked! I think it’s important for policy makers to know that housing is crucial for all aspects of a family’s life. A home provides shelter, but it also can provide safety and stability. Especially for families with children, changes in housing can result in a ripple effect on children’s lives, such as changing schools, neighborhoods, friends, and hurting family ties.

Our 2015 study shows that evictions negatively impact both mothers’ and children’s health, and that the negative mental health impacts of eviction for mothers linger for at least two years. While our study is unable to account for the mechanisms linking eviction to health status, other studies have shown increased stress and anxiety following an eviction. In addition, one can imagine the fear, uncertainty, and stress that could result when a family has to suddenly vacate their home. All of that takes a physical and mental toll, and our study shows that this is not an acute toll – rather, the impacts linger over time.

Dr. Kimbro also noted the ways that effective policy–such as the Eviction Crisis Act–can prevent such damaging consequences and save policymakers money in the process.

Our study suggests that if evictions can be prevented through short term cash assistance, the physical and mental health impacts on families might also be prevented. This, in turn, could save money in the long run as families won’t have to seek additional services following an eviction. Because evicted families are often suddenly in dire situations, they will have to turn to both public and private social safety nets, further stressing those resources and programs. Moreover, that assistance can only be so helpful if physical and mental health is suffering following an eviction. If families are spared eviction by short-term cash assistance, that puts less strain on social programs, enabling greater efficiency of funds.

Through their research, Dr. Kranjac and Dr. Kimbro have made important contributions to understanding the crucial connection between housing and health. Policymakers now have the opportunity to take action in ways that utilize their research to improve the lives of hundreds of thousands of individuals across the country. Thanks to the advocacy of many organizations within the Opportunity Starts at Home campaign and the leadership of their bipartisan sponsors, both the Family Stability and Opportunity Vouchers Act and the Evictions Crisis Act incorporate strategies that directly mitigate some of the most damaging ways that concentrated poverty and housing instability can undermine health. Now it’s up to Congress to realize their potential.