Family Stability and Opportunity Vouchers Act: What It Is and Why It Matters 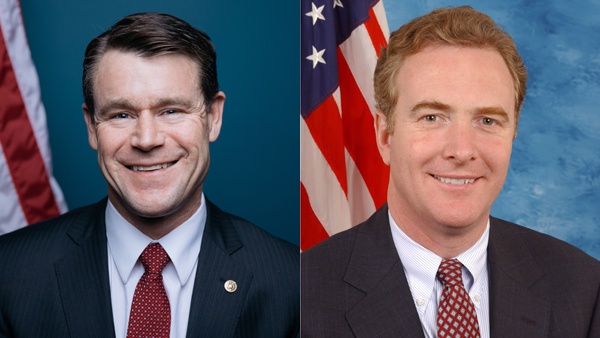 Senators Van Hollen and Young have reintroduced a bipartisan bill that expands rental assistance to 500,000 additional families with young children. The Family Stability and Opportunity Vouchers Act was originally introduced in December 2019 to build upon the successful funding of the Housing Choice Voucher Mobility Demonstration Act during Fiscal Year 2019.

The bill’s reintroduction is an exciting development for the Opportunity Starts at Home campaign, which has long championed voucher expansion and worked with the bill’s sponsors to get the concept introduced into legislation. The Campaign is a multi-sector coalition of organizations–including the National Low Income Housing Coalition, the Center on Budget and Policy Priorities, the NAACP, Children’s HealthWatch, The Food Research & Action Center, and many others–advocating for the expansion of federal housing resources to ensure that people with the lowest incomes have access to quality, affordable housing.

So what’s in the bill and how does it attract support from both sides of the aisle? In short, the Van Hollen-Young bill has three attractive features with appeal across the ideological spectrum: 1) it appeals to near-universal beliefs about the importance of equal opportunity and economic mobility, 2) it efficiently targets families shown to benefit the most and 3) it is built around specific, research-tested best practices proven to work in the field.

One of the key findings about economic mobility that has emerged in the last decade is that children’s chances for future success are highly context dependent. Children growing up even a few miles apart have dramatically different college going rates, expected earnings, and other important life outcomes (Chetty et al, 2018). Furthermore, these effects accumulate over time; the more time a child spends in a neighborhood that has the resources conducive to future mobility – resources such as well funded schools, grocery stores and restaurants with nutritious food, and quality medical care – the better (Bergman et al, 2020). This research reveals an unjust truth about life in the United States: where you live as a child—and how long you live there—has a large influence on the quality of your life as an adult.

Unfortunately–due to factors beyond their control–many low-income families live in neighborhoods on the wrong side of the connection between geography and opportunity. Over the last two decades–after brief improvement in the 1990s–concentrated poverty has worsened. Recent estimates suggest nearly 14 million individuals live in high poverty neighborhoods, where at least 40% of individuals live below the poverty line. Families living in these high-poverty neighborhoods face impacts beyond those related to their own low incomes; the effect of concentrated poverty itself has significant consequences. High levels of neighborhood poverty are a strong predictor of crime rates (Kang, 2016), reduce the likelihood of high school graduation of children by up to 10-20% (Wodtke et al, 2011), and produce higher levels of health problems and mortality (Clarke et al, 2014).

Ultimately, all neighborhoods should be ‘high opportunity’ neighborhoods–a policy objective (and moral imperative) that will require sustained investment in areas that have faced substantial disinvestment over the years. But while disagreements abound over the best way to address the concentrated poverty, there is near universal agreement that families should be able to raise their kids in neighborhoods of their choosing–places that support their needs, preferences, and aspirations. The Family Stability and Opportunity Vouchers Act is designed to do exactly that.

Targeted Investments that Get Results

Another reason the FSOVA bill has bipartisan appeal is its efficiency and cost effectiveness. Indeed, the program’s potential efficacy has been demonstrated many times over. The most prominent voucher program that incentivized moves to low-poverty neighborhoods is the ‘Moving to Opportunity’ (MTO) program which was administered by HUD in the mid-1990s. Families living in public housing were provided with vouchers on the condition that had to be used in low-poverty neighborhoods.

MTO programs have been well studied by researchers over the two plus decades since its implementation. At first, the results indicated that the program primarily benefited adults, especially their health and wellbeing. However, more recent research suggests that the program had large impacts on children’s college attendance and future earnings—but only for those under the age of 13 at the time of the move (Chetty et al, 2015). Further research analyzing voucher-based relocation after public housing demolition has produced similar estimates about children’s future earnings, with substantial gains for younger children (Chyn, 2018). Furthermore, research suggests that children from low income families have substantially better academic outcomes in low poverty schools (Schwartz, 2010). Thus, the Van Hollen-Young Bill specifically serves the families that have been shown to benefit from these voucher programs—a perfect example of targeted, efficient programs that generate substantive benefits.

The bill has three additional benefits that make it an even better deal for policymakers and taxpayers. First, according to the Center for Budget and Policy Priorities, this legislation could largely eliminate homelessness among families with young children. This impact alone makes the bill a worthwhile investment; each day that passes with present childhood homelessness levels is a policy outcome we do not have to live with.

Second, there is evidence that families that move to low poverty neighborhoods are able to remain in similar neighborhoods moving forward–with benefits of lower crime, better schools, and so on (Darrah & Deluca, 2014). The move thus creates a virtuous cycle, ensuring the family reaps the benefits for years to come.

Finally, a program that helps families provide safe neighborhoods for their children would merit a substantial financial investment without the expectation of fiscal return, but the Van Hollen-Young Bill does not require running up a deficit in the long term. Studies estimate that the higher earnings of children who participate in high-opportunity moves will offset the additional cost of the program due to the corresponding increase in tax revenue across adulthood (Chetty, 2015).

The programming created by Family Stability and Opportunity Vouchers Act is not only built around the solid evidence of positive outcomes that result from ‘high opportunity’ moves; it is specifically designed for successful implementation, with research-backed practices shown to maximize the benefits to participating families.

Typical housing choice vouchers reduce the rent burden for low-income families, offering important financial assistance to households in need. Most voucher holders, however, do not move to low-poverty neighborhoods (Bergman et al, 2020). This phenomenon occurs for a variety of reasons, including source-of-income discrimination, time pressure, lack of knowledge and familiarity, and personal preferences, along with many other reasons.

While voucher programs are not intended to curb families’ autonomy and override preferences, many families express enthusiasm about moving to low poverty neighborhoods but are hindered from carrying these moves out in practice.  Importantly, however, financial assistance and low-touch information provision are not sufficient to overcome these barriers. Programs that have provided one or both of these features have failed to generate significant moves to low-poverty neighborhoods (Bergman et al, 2020).

A recent study of a voucher program in Seattle has revealed important insights about what programmatic features actually get results. The Seattle program, known as ‘Creating Moves to Opportunity,’ provided vouchers that families could use in any neighborhood, but also provided high-touch forms of direct support. Specifically, trained ‘family navigators’ provided support to families–providing personalized information about ‘high opportunity’ neighborhoods and walking them through the search, application and moving processes–while ‘housing navigators’ conducted outreach to landlords in order to preempt issues related to voucher-holder approval.

The program resulted in a dramatic increase in ‘high opportunity’ moves, from 15% in the control group (who did not receive the additional services) to 53% who received the high-touch support (Bergman et al, 2020) . Lead author Raj Chetty called it the largest effect he had ever seen in a social science intervention, all for the relatively low investment of roughly $2,700 per family–a cost that can be fully offset by the fiscal benefits described above.

Participating families cited specific aspects of the program, such as emotional support from counselors, a streamlined search process, and mediation with landlords as particularly helpful (Bergman et al, 2020). Not coincidentally, the Family Stability and Opportunity Vouchers Act includes precisely these features in order to ensure the program has maximum impact. In other words, the program is not merely throwing programmatic features at the wall and hoping something sticks; the program is built to get maximum return—for both the government’s investment and for families’ benefit. 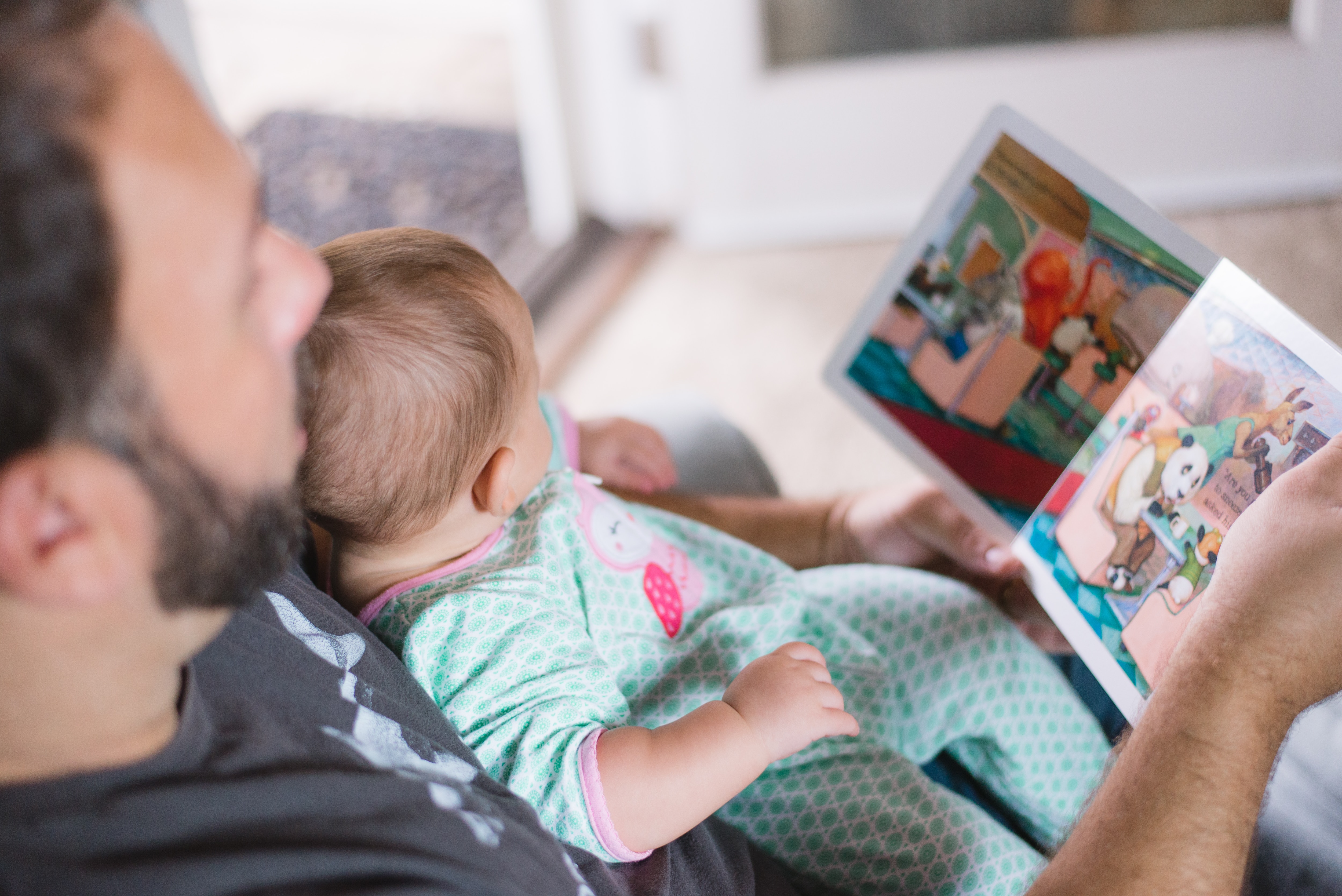 While the bill has already set up the program for success, two additional features may be particularly useful as the bill moves toward passage and implementation. First, voucher programs generally use ‘fair market rents’—a metropolitan average of rental costs—to determine the amount of voucher assistance. This has detrimental effects on low poverty moves because these neighborhoods are often more expensive than high poverty neighborhoods. While it is possible to find some affordable housing in high opportunity neighborhoods, the problem can be better alleviated by using more targeted ‘small area fair market rents’ which differentiate rental assistance by the cost of living in specific neighborhoods. Second, the program can reduce administrative burden at every corner. Too often, difficulties with bureaucratic hurdles and extensive paperwork act as an unnecessary deterrent for successful uptake. In addition to bipartisan agreement on equal opportunity, surely there can be universal support for a less burdensome administrative process.

Send a letter to your federal elected officials urging them to support the Family Stability and Opportunity Vouchers Act here.